Back Chat Interviews An Emerging Talent 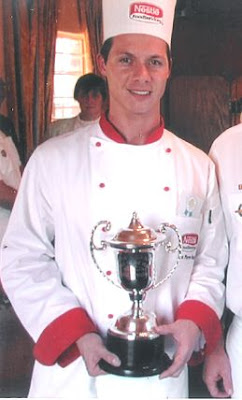 Eugene and I recently tasted some stunning South African food at a house party. Standing proudly and fragrantly on the buffet table was a smoked snoek bobotie. Oh my goodness, it was fantastic!!  Served with divine chutney and delicious sambals, the guests cleared the platter.  An unctuous bread and butter pudding on the dessert buffet and the guests once again forgot their manners and tore into it.  Who had made this seemingly simple food into so much more than a 'bord kos'?  These dishes were certainly not part of our hostess' repertoire. I had to know more.


I discovered that the creator of these delights was a young chef, Juan Pierre Hugo, known to his clients as "JP".  I interviewed him at the lovely home in Hout Bay that he shares with his life partner, Nicholas Whitehorn and Joshua, their adopted son.  Oh yes, and 2 Rottweilers, 3 Dachshunds, 2 exotic and chatty parrots and cages of miniature doves and finches.


But first I had to explore this beautiful home of wood and stone and glass.  Heavy wooden dining and coffee tables, Persian carpets on old stone floors and display cases that are crammed with Egyptian artefacts.  The walls and surfaces are covered with art and objets, while gazing through floor-to-ceiling glass doors, one has a view of a beautifully landscaped garden and the spectacular views beyond.

Brought up in a typical Afrikaans country home, JP tells of his farming background.  He talks lovingly about 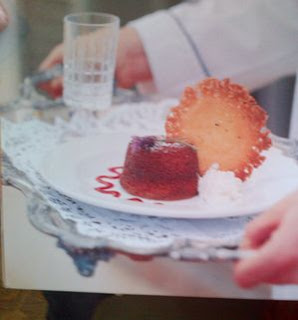 his grandmother and her kitchen where her status as family matriarch was unchallenged.  The heart of the home!  He remembers her as always in an apron, covered in flour as she prepared wonderful South African food to feed a huge extended family.  I love the picture he paints of wooden dressers with Delft plates and a large kitchen table groaning with baskets of fresh produce from the farm, new laid farm eggs and big chunks of farm butter.  This was where bread and scones and 'boerebeskuit' were prepared and the aromas of meat with thick gravies, stews and 'boontjie sop' being cooked could drive any true blue South African quite crazy with longing.  Incidentally, Grandmother is 92 years young and still going very strong.

Here the young JP learnt to cook and remembers spending many hours in that marvellous magic kitchen. After school, he joined the navy to do Veterinary Science, only to find that he had missed the quota of applicants for that discipline which was exactly 1 candidate every 7 years!  His next option was to learn to be a chef.  So there followed years of basic training at sea and on land.  He overcame the rigours of a ship's galley and prepared food for the ratings as well as for the Officer's Mess.  On land he worked at the naval base at Simonsberg, the naval base in Simonstown and at the training college at Wingfield.   He describes cooking for as many as 200 on land, where everything had to be ship shape.  The Navy has exacting standards. 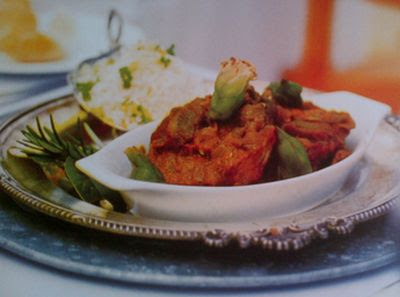 When he left the Navy, he was offered the position of Executive Chef at both De Goewerneur Restaurant and De Waterblommetjie Restaurant at the Cape Town Castle.  De Goewerneur, catered for tourists and tour parties to the Castle, while outside the Castle battlements, De Waterblommetjie Restaurant, provided fine dining.  JP describes the marvellous functions that were held at the Castle. The Great and the Good ate at those tables.  A special memory is cooking for Nelson Mandela.  JP tells how VIPs never really eat very much at these official functions. I suppose it must be difficult to be sociable with a mouth full of food.   He describes a canapé of ostrich on a pumpkin fritter that Nelson Mandela particularly enjoyed.  Many of the politicians of the day and VIP visitors to the country enjoyed the Castle's hospitality,


At this point, JP's career changed direction.  Joshua's adoption was finalised and he decided to work from home.  He would be a stay-at-home dad.  And so began the next phase of his life.  Word spread that there was a new chef/caterer in town.  His dishes featured on many dinner-party menus.  He was also making his name as a pastry chef and his son's buddies were having Batman, Spiderman, Ninja, you name it, cakes for their birthdays, courtesy of JP's artistry.   He has opened his beautiful home for parties that he has styled, catered and decorated.  A very busy young talent. 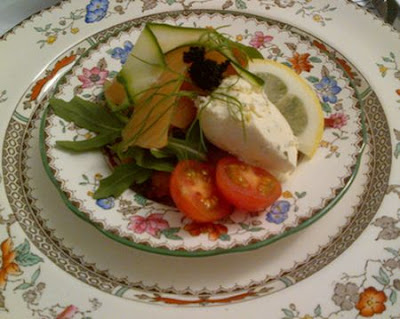 While in the midst of writing this article, Eugene and I were invited to a friend's birthday dinner.  JP was the chef.  What a meal, what an evening of fun, fabulous food and fine wine!   We began our feast with smoked salmon on potato rosti with creamed cheese, chives and caviar and a mini salad as a starter.  All my favourite things, beautifully prepared and presented. 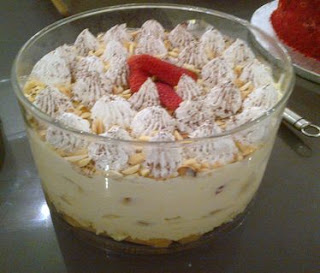 The meats were succulent, flavoursome and juicy and the accompanying gravies, superb.  As the mains and dessert were served buffet-style, I could go back over and over again to taste everything.  I think everybody else did the same thing.  The vegetables were delicious, all prepared with JP's unique flair.  Eugene really got stuck into the baby potatoes!  I wish I had his metabolism!   The guests made short shrift of the desserts. I particularly adored the Marscapone Trifle.  It was a triumph of unctuous deliciousness with little peaks of white chocolate peeping cheekily over the top.


JP has won prizes and awards for his food.  He has done TV cookery dems and three of his recipes with stunning pictures of each creation have been published in Pasella Kook.  I asked for a signature recipe.  He suggested the recipe for his 'Smoked Snoek Bobotie'.


Heat oil in a heavy-bottomed  pot/pan
Add cumin, turmeric and curry powder and fry lightly till coated with oil and the aroma of the spices are released.
Add all the leaves, onions and leeks and sauté till well coated and starting to sweat.
Add the ginger and garlic.  Don't burn the garlic.
Add lentils and potatoes and sauté till well coated.
Adding a little water at a time, simmer gently to lift the spices and juice stuck to the bottom of the pan (deglaze).
Add the rest of the water so that all the ingredients are covered.  Simmer for a few minutes, checking frequently on the level of the water.
Once the potatoes and lentils are soft to the touch (never mushy), take off the heat and add snoek and fennel.
Mix through (it should be a stiff, slightly wet consistency).
Season to taste, bearing in mind that the snoek is salty.
Place filling in oven proof dish, pushing down gently and smoothing out the top.

Mix egg yolks, cream and turmeric (1tsp) and pour over snoek filling.
Bake at 180*C for +/- 25 minutes, till custard is golden brown in colour. 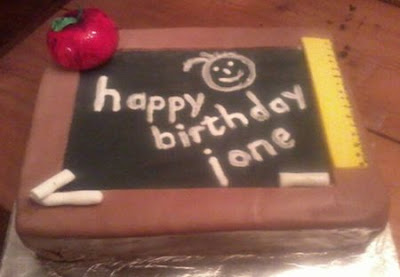 An Apple For The Teacher 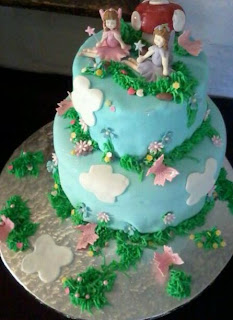 A Fairy Cake for Joshua's Girl-Friend

It is important to note that Back Chat is not an agent for JP and in no way benefits from any engagements he may undertake.

A pleasure to read, as always!

Thank you for your lovely comment. I am so pleased that you enjoyed the read.