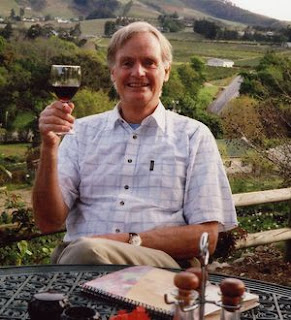 In the Merriam - Webster dictionary, odyssey is defined as 'an intellectual or spiritual wandering or quest.'  Gerald Cubitt has spent more than half his life wandering the earth, photographing the wondrous creatures and natural wonders that he has encountered.   In his latest book, 'Evocative Africa: Ventures of Discovery', he presents a compilation of sublime images of sub-Saharan Africa from his vast photographic library.   Images gathered over many years of exploring and travelling with his wife, Janet, who shares his quests and his adventures.  Images he considers his personal best and a book that has taken four and a half years to bring to fruition. 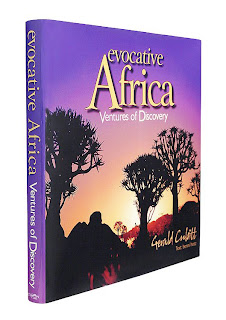 Gerald Cubitt is a very English gentleman.  Beautifully spoken, vastly educated and with a gentle tone of voice and phrase, one might be forgiven for mistaking him for an Oxbridge don who had spent a cloistered life in academia.  It takes a moment or two to recognise the adventurer behind the donnish image, the man that loves the wilderness and is happiest when camping in the bush.   I have come to interview the man behind the book, and to tell his tale.   The tale of one of the world's leading natural history photographers.
Educated at Ampleforth College in England and then at Trinity College in Dublin where he read Modern History and Political Science, he developed a passion for photography while still a student.  Holidays were spent travelling extensively about the Middle East, indulging his fascination with Byzantine and Islamic architecture capturing images with his Zeiss Ikon camera, a pre-war model camera given to him by his father.   He graduated to a Rolleiflex camera that he had bought from his brother and then, in the early 70's, the apotheosis of camera possession , a Hasselblad Camera System.  He tells me of this amazing Swedish camera with German lenses that was the first to record images of the moon.
Read more »
Posted by Leslie Back at 15:36 No comments: