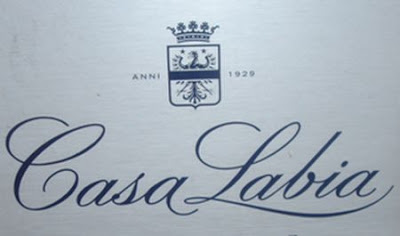 For years and years, anybody driving through Muizenberg and onwards along the coast road towards Fish Hoek, would pass the magnificent Labia home, this temple to a past era of grandeur and elegance.   The years have been somewhat turbulent for this grand old lady.  Built in 1929 by Count Natale Labia as a private residence, it also served as an Italian Legation and Embassy.  It was designed to reflect the beauty and style of their Venetian palazzo.  Grand balls and receptions were held, life had a pace, grace and stateliness befitting the status of a grande dame.

After Count and Countess Labia died, the house lay silent and unattended for a time.   No wonderful parties, no glittering society affairs with men and women in all their finery dancing the night away in the elegant  Italianate ballroom.  The years passed.  Various foreign governments leased the villa and in1985, the Fort was handed over to the National Gallery, who restored and renovated it and opened it to the public as a museum.   It was called the Fort, as the land on which the house had been built had been the site of an old battery to protect False Bay from hostile invaders.  Today, the only hostile invaders are huge tourist buses and noisy visitors.