Update to Email From America With James Plugh #2 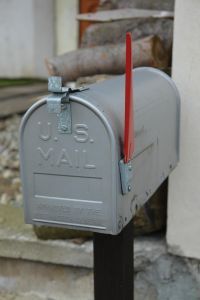 Results of Rhode Island name debate
What is in a name?
Dear Leslie,
It's election night here and while most everyone's attention is on the national picture where the Republican Party has won enough votes to take control of the House of Representatives, I've been watching Question 1 on the Rhode Island ballot.  You'll remember that voters in our neighboring state had been asked to decide if the official name of the state should be changed.  I can report that our smallest state will continue to have the longest official name.  The voters have decided by a 78% to 22% margin to retain the name, The State of Rhode Island and Providence Plantations.
Now you can tell me how you would have voted.
Until next time,
James
Dear James,
Back Chat prefers to keep a neutral position on issues, however we can say that we are very pleased with the outcome of the ballot.