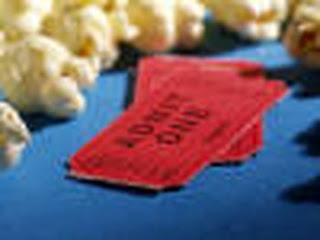 
Based on ballet dancer Li Cunxin's autobiography 'Mao's Last Dancer"
Every now and then a film happens along that is so enchanting, that one is totally captivated.  We were.  At times we laughed joyously and at others, we wept unashamedly.  Yes, Eugene too!

Join Back Chat on a journey through Chinese ballet dancer, Li Cunxin's, life.   This is a political thriller, a tender love story and a vehicle for some breathtaking performances of a selection of the world's most famous ballets.   Besides being an extraordinary dancer, Chi Cao who plays  Li Cunxin, is a fine actor and thus the film moves into a realm of its own.

I would love to know how you reacted to all the sensations.  Please leave a comment on Back Chat or email me at les@leslieback.co.za.    And Take Note: This film is not just for ballet lovers, it is for anyone with a gentle heart.


The film opens with Li Cunxin arriving in Houston Texas in 1981.  He is met at the airport by the artistic director of the Houston Ballet Company, Ben Stevenson, played by Bruce Greenwood.  We see Li's amazement and wide-eyed wonderment at the sight of the towering American city.  Ben takes him to his own home where he will stay for the three months that he is to spend with the company.   Li finds it incredible that such an enormous place could be home for just one person.

The film then establishes a pattern of flash backs to Li's childhood and to his life in a remote mountain village in China.  This serves to throw into stark contrast the duality of a life in America and a life in China under the oppressive Communist regime.

Desperately poor and often with little food or heat, the young Li, played by Wen Bing Huang, survives hardship and deprivation surrounded as he is by the love and indomitable spirit of his mother and father and siblings.  It is the time of the cultural revolution of Chairman Mao.  Madame Mao sends a delegation from her Dance Academy in Beijing to hunt for young talent.  Li is chosen and amid scenes of sadness and joy leaves his family to study in Beijing.  His parents know that they will not see their son for many years, if ever, but rejoice in this opportunity for him.  In a poignant moment, his father proudly gives his son a pen which had been given to him by his father.

We watch as the young Li struggles to satisfy his ballet masters.  He tries and tries, but somehow is always a little behind.  He is unable to perform all the feats of strength that are demanded of his little body.   So he practices and trains from early in the morning until late at night.  And then, after everybody is asleep, he creeps out of his dormitory to do further strength exercises alone in the dark.  One of his teachers, who had  previously subjected him to a punishing regime of dancing and insults about his abilities, develops a grudging respect for this boy who shows such spirit.  He encourages and helps him to develop the strength and suppleness required by this unforgiving discipline.

On a visit to China and to Madame Mao's Dance Academy, Ben Stevenson 'discovers' Li  and invites him to come to America to dance with the Houston Ballet as a cultural exchange student.  We see wonderful shots of the Company on the Great Wall of China.  The director, Bruce Beresford,  had to overcome the difficulty of directing a film in a language he did not speak and of working under the close scrutiny of Chinese officials intent on preventing him from straying from the official party line.

As the film takes us forward in time we witness the adult Li dancing with the Company.  We see the lyricism and magnificence of his dancing.   This is in stark contrast to the muscled athleticism and gymnastic quality that was considered beautiful in Beijing.   Li has become the ultimate Noble Ballerina.  He has grace, beauty and a lithe masculinity that acts as a foil for the delicate sylphlike ballerinas that he so effortlessly lifts in the Pas de Deux of some of the best loved ballets of all time.
Li falls in love with an American dancer and after the three months of his exchange programme have come to an end, he seeks permission to remain in America to dance with the Company and to be with his new love.   China refuses, but Li is determined.  What follows is a political stand-off involving top government officials, including the then vice-president, George Bush, who is called upon to put pressure on China.
I doubt if there was a dry eye in the house when Li's mother, played by the beautiful Joan Chen and his father, played by Wang Shuang Bao, are brought to America to watch their son dance.   This is no cliche situation, this is real life and it is moving beyond words.    The film moves to a magnificent crescendo and it seemed absolutely natural to stand and applaud.  Our audience did and then they sat through all the credits.

Chi Cao who plays and dances as the adult Li, was trained at the Beijing Dance Academy and the Royal Ballet School.  He is now a Principal with the Birmingham Royal Ballet and has danced before Her Majesty Queen Elizabeth.  In the film he masters the intricacies of dancing in Li's style and movement and his dancing is sublime. According to those who worked with him, 'Chi would arrive on set at 4:00am and do 40 minutes of stretching, half an hour of barre and 40 minutes of class and then he would dance all day long'.

Filming took place in Australia, China and America with dancers from the Australian Ballet and the Sydney Dance company participating.   Li was on set for much of the film to advise and assist.  He now lives in Australia with his wife Mary Mckendry, an Australian ballerina.

The story is  triumphant.  The dancing is majestic and beautiful beyond description.   Do not miss this. Try to see Mao's Last Dancer on the big screen to experience the sweep and grandeur of this dazzling spectacle.
Posted by Leslie Back at 20:16