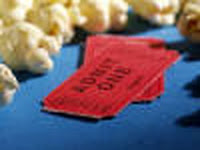 Directed by Nora Ephron:  Cast:  Meryl Streep, Amy Adams; Stanley Tucci; Chris Messina
'Julie and Julia' is the first movie to have been inspired by what began as a blog.  The true story about 'chef extraordinaire,' Julia Child, and how she affected the life of  young writer and aspirant chef, Julie Powell, is the basis of this superb film.
Join Back Chat as we relive the experience.  Feel as hungry as we did all through the film.  Imagine the tastes and smells that emanated from the kitchens that produced dishes the likes of 'sole meuniere' and  'boeuf bourguignon'.   Then go and see the movie.
I would love to hear about your reactions to this delicious romp.  Leave a comment on Back Chat or email me at les@leslieback.co.za  And take note you chaps, THIS IS NOT A CHICK - FLICK !  This is for anybody who loves France and who loves French food.
While inspired by a blog, the film is based on the published memoirs of both women: 'My Life In France' by Julia Child and 'Julie and Julia' by Julie Powell.  From start to finish we were transported back and forth in time.   Eugene and I loved it.

Back to the 20th century, to the story of Julia Child and her arrival in Paris with her diplomat husband, Paul Child, where she embarks on her love affair with French cooking and all things French.  Forward to the 21st century and the story of Julie Powell, stagnating in a dead-end job, who enlivens her life with her challenge to herself to prepare all 524 recipes from Julia Child's seminal work, 'Mastering the Art of French Cooking', in the space of one year.  And each day she blogs about her journey through the cookbook!
Meryl Streep is superb as Julia Child.  She morphs into her character assuming all Julia's mannerisms quite magnificently and triumphantly mimicking her unmistakable voice.
Julia Child was a very tall woman, over 6 foot (1 metre 83cm).  Skilled camera work and a clever wardrobe allow Streep to appear tall and angular.   Apparently in some scenes she had to stand on a box to add to the illusion of height.   Her husband, Paul, is expertly played by Stanley Tucci.   He completes the height emphasis appearing, as in real life, a full head shorter than her.
Amy Adams is adorable as the young woman, stuck in a tiny apartment in Queens, who struggles against the odds to produce the food of the 'Divine Julia'.   Her husband Eric, played by Chris Messina, is supportive of her ambition, but questions his role in her life.  Their story is a rite of passage, poignant and at times very funny.
We watch as Child overcomes French sceptism.  She is dogged in her determination to produce the ultimate French cookbook for "American women without servants".  She endlessly tests and retests each recipe, encountering enormous disappointments and great triumphs.  The Childs give wonderful parties and entertain the intelligentsia of Paris in the fifties.  The food is always the focus and the scenes are enough to make a food lover weep.  Oh what a time that was!!
Julie blogs about each dish she makes.  It is 2002 and blogging was not as huge as it is today.   She gradually builds up a following and eventually becomes something of a celebrity.  It is certainly very real for this blogger seeing her joy at receiving the first comment on her blog.  Imagine her disappointment when it is just her mother being 'motherly'.   When she eventually debones a duck, her last task and one that she has dreaded, it is as if  the whole of  New York cheers.
Sadly, the two women never meet.  I wish that they had.  Nevertheless it is a lovely, heartwarming  movie and one does not feel cheated out of a fairytale ending.  Julia Child died in America in 2004 at the age of 92.
Nora Ephron succeeds brilliantly in parallel story lines.  Think 'When Harry Met Sally' and 'Sleepless In Seatle' . Her great talent as writer/director results in a screenplay that seamlessly traverses the different eras in which Julia and Julie lived.
Wonderful scenes of Paris.  Art deco inspired restaurant interiors and always the food, wonderful, wonderful
food.   Book for lunch or dinner after the show, you will be so ready to eat something delicious.  Bon Appetit!

Thanks for the review. I must go and watch this now!

Excellent review. I saw the movie several months ago and loved it, but was more inspired by Meryl Streep and props of that "best of times", the 1950's. I though Ms. Streep nailed the character so thoroughly that now, I will see her face when I hear the name Julia Child.

Excellent review - glad you loved the movie too! Have now made her Boeuf Bourguignon - a lot of work but worth it!

I'm pleased that you loved this movie too. We got home from the movie and had to make Julia's Boeuf Bourguignon immediately - a lot of work but well worth it!